I really had plans to blog more often. But since the app disappeared it’s not quite as easy.

So, I planned to do a couple of catching up posts, and then blog about a sewing day on Sunday. But forgot to publish them!

What happened in August? (This is 2017 we’re talking about)

J had job interviews and was offered a job that meant moving out, and away from Liverpool, so that was a big change.

He now lives in Stoke-on-Trent, has a new flat, been promoted and is quite happy there.

Although this is actually his second flat. The first was too far from work and took too long on public transport. 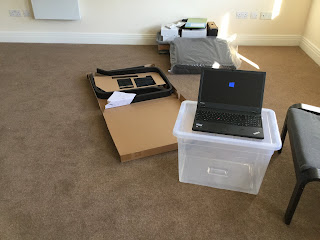