Yesterday I had 3 daytime events I could have attended. Quite unusual anyway, Saturday normally consists of shopping and housework.

I made the wrong choice. I went to the school reunion.
Let me set the scene..

The picture above is my junior school, first and second year juniors in the building on the left (all taught in one classroom) and third and fourth year juniors in the building on the right.  Having been to such a small school, and passing what was then called the 11+ I was able to go to Grammar School.
I don't know how the decision was made to send me to St Edmund's College, but in September 1970 along with 4 of my schoolmates, off I went.
Being in a place that had its own set of rules, that everybody else seemed to know. My friends from junior school were soon off chatting to others and knew the life history of everybody in our class (1A) by lunchtime, and most of the other class (1B) by the end of the day.  I was made of shyer stuff.
I've always thought that while I can't say I enjoyed my years there, I didn't have anything specific to dislike and did receive an education that was second to none.  But I was glad to leave.

So on to the Reunion.  It's been held in the Cathedral for the last 20 odd years, but I've only been once before.
For me, the rot set in early on in the day. When we (my sister and I) arrived  there were signs directing us to the rooms reserved for us.  We had to put our name labels on, and then headed into the dining room.  Everybody there seemed to know each other, were chatting away, and it wasn't apparent what the system was, were did you sit; everybody was reserving seats for their friends.  My much chattier sister was soon chatting away; I'd had enough. I don't like not knowing what's expected of me, and I was ready to go home at that point, and only the thought of cake kept me there. 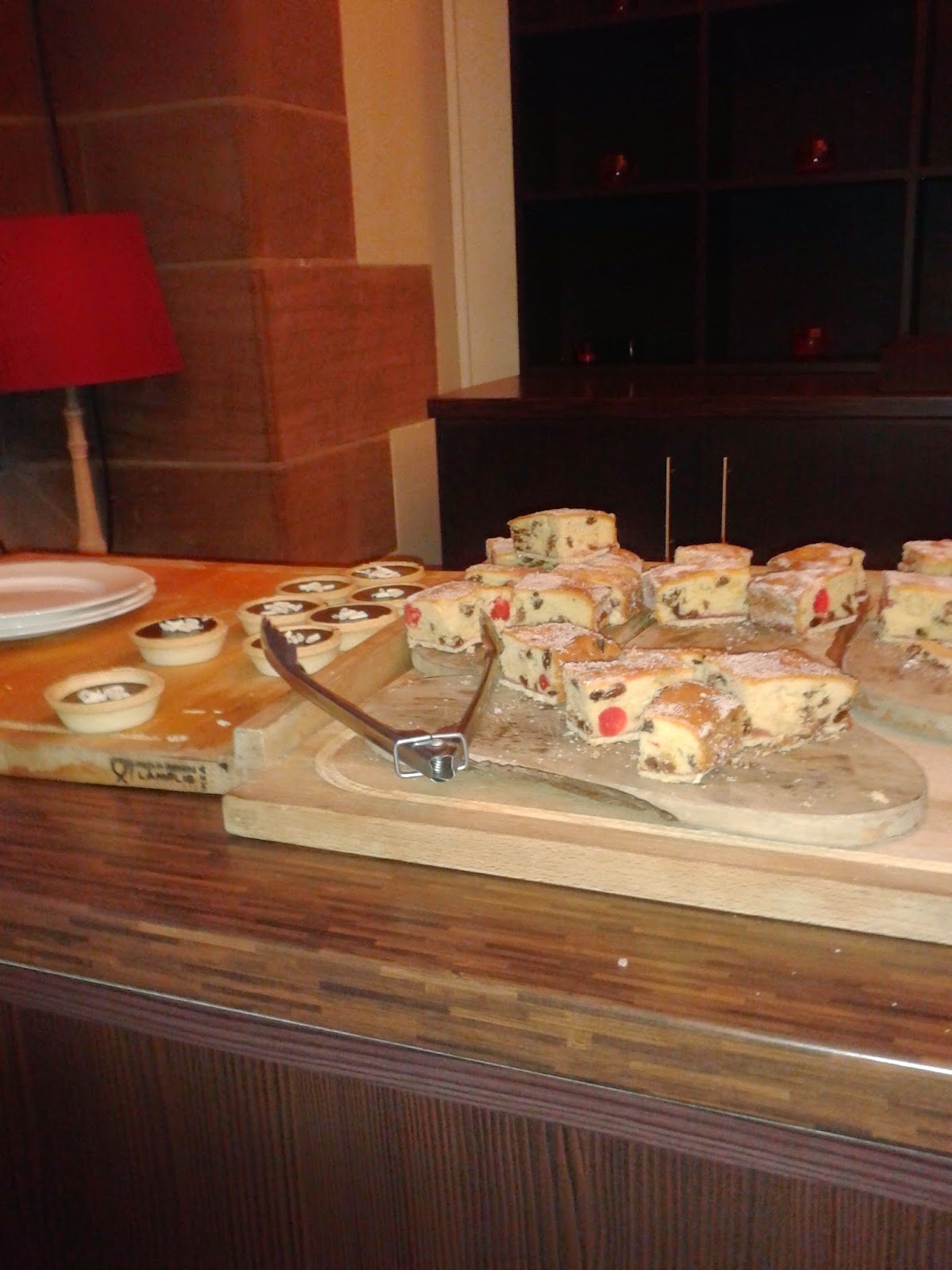 Eventually we worked out that there was another dining room further down the corridor, where the tables were set ready for us.   "Bring on the cake" I thought.  It seemed to take ages for the room to fill up, lots of people had arranged to meet up, and there were tables full of chatty middle aged (and older) ladies. Some ex teachers too, many of whom seemed ancient over 40 years ago!

But somehow, I never felt comfortable, there was nobody there from my year, or the year above me. Everyone talked with affection of the Headmistress, but she wasn't the head when I was there, she was Deputy Head, and I never had any dealings with her. My memories were different.

Listening to people talk yesterday made we wonder if I slept through my five years at the school. They had such affection for the place.

After the lunch there was Evensong in the Cathedral. We gave that a miss! And despite my sister  having made tentative arrangements to meet up with people after the event, we headed home.

In the early hours of the morning, it came to me what the problem was.

The whole event had reminded me of my first day at St Ed's.

I felt like an outsider and I just didn't want to be noticed; I wanted to fit into this strange new world with its own hierarchy and rules. And that probably typified my 5 years; I wasn't good at sports, or music; I ended up in the choir (by virtue of being taught recorder in Primary School) but hated it, and learned how to avoid being picked for anything.

Maybe I shouldn't have gone, but as it was the last formal reunion, my sister and I thought we'd make the effort.  But it was like being on an alien planet and highlighted what I've known for ages, I'm not very good in large groups.

A bit of history
The log cabin patchwork style is generally associated with America, in particular the early pioneers. There are anecdotal stories of them being used during the Civil War as signals.
There are however British examples pre-dating the existence of America, and, apparently Ancient Egyptian examples too.
Traditionally, they are hand sewn, and are light on one side, dark on the other, and the 'central' square is either red or yellow.
The central square represents 'the hearth' 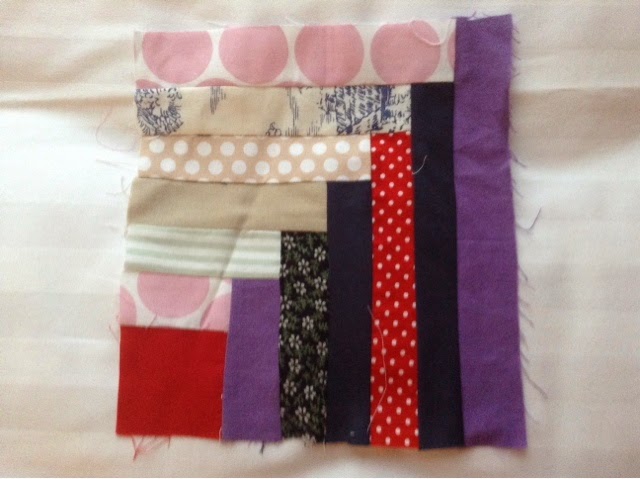 This is ACTUALLY square, but the only decent surface I had in the hotel was the spare bed, which wasn't completely flat!
at 12:00 No comments: