Have you ever thought about Service Stations?

I spend  a lot of time in my car, or in hotels. Or on one spectacularly wet day, in Warwick Services, waiting for the rain to stop. 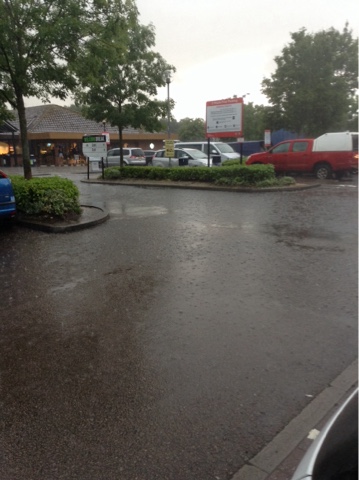 As I'm not a great telly watcher, I use the time in hotels to do some hand sewing, and usually take my big sewing bag with me with an assortment of projects as I never know a) what project I want to work on and b) how good the light is. 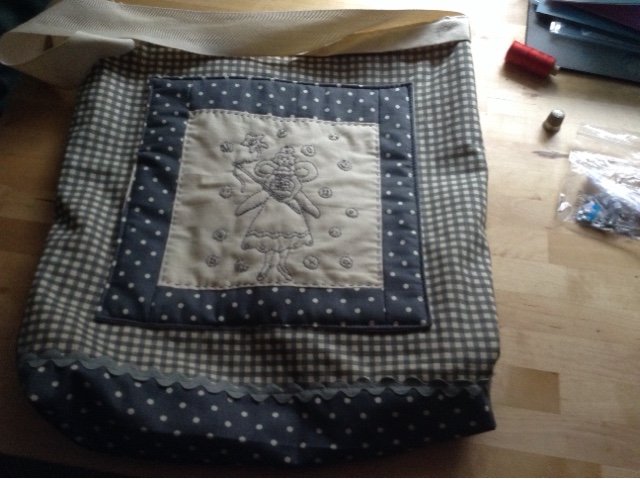 So often find myself with a few small projects on the go. A few weeks ago I was cutting out fabric for the Little Joys Quilt 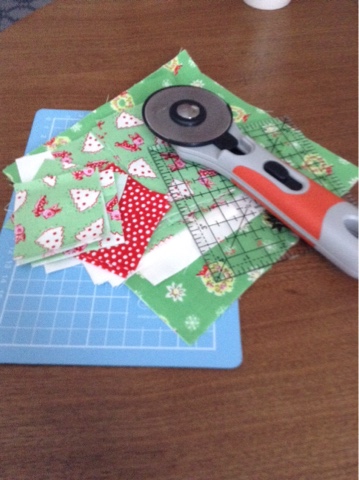 And making yet another owl 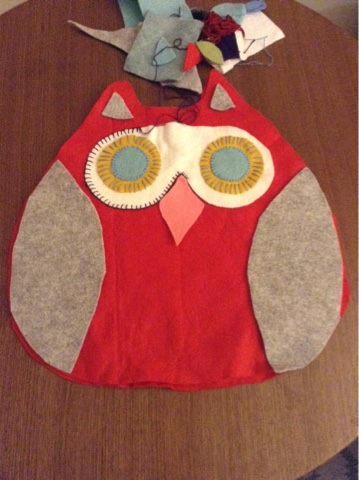 And of course there are days like today, when I just randomly chuck things in a bag, with no idea what I'm going to do. 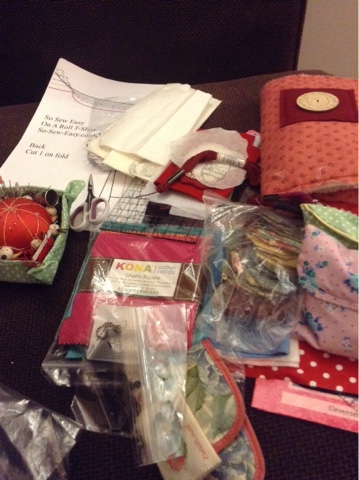 It's always a bit easier, when the hotel is part of a chain as you tend to know the facilities you'll get.

Motorway Services, on the other hand, are a bit 'hit and miss'. To lots of people they're an expensive place to stop, as they have a 'captive audience', but for those of us who spend many, many hours in our cars, they're a necessity. Most people can't (and shouldn't) drive 5 hours without stopping.

But driving home a week or so ago I noticed something odd...
On the M25, clockwise, the distance between some services is 40 miles. Now I never really noticed it, because it's generally at the beginning of my journey, but I had an idea that services where generally closer together.
And they are. I've no idea what it is that dictates how far apart they are, but a casual glance gave me the impression that 20-25 miles is about average. Obviously there are areas like Cumbria, where there aren't many, but they seem to appear quite often.

And then you get to a particular stretch of the M6. And this is probably a sign that I need a life!

From Stafford to Keele is 10 miles.
From Keele to Sandbach is 11 miles .....and
From Sandbach to Knutsford is 12 miles.

After that it changes again, but why are they so close together? Answers on a postcard please!

Since getting back into sewing, I've made some small patchwork pieces, and have quilted some, but have shied away from anything big enough to require machine quilting using a walking foot or even worse, free motion!

I've saved all sorts of ideas on Pinterest, but even if I found something I liked, I struggled to find fabric that worked. Partly due to limited time, but mainly due to limited ability with colours. I make cards,  have done a fair bit of embroidery, but I tend to stick with colours I'm confident with.  Fabric is fine when dressmaking, you find the fabric you like and make it into something, but getting lots of different fabrics to work together was something I lacked confidence in.

I tried with scraps from my stash, someone suggested a 'mood board' and I spent many hours laying different pieces out on hotel beds, all to no avail.

So I gave up and used the Daisy Chain quilt pattern from www.quiltroom.co.uk

Based on a jelly roll, sub cut into strips and measuring 44in square, it's a good start.  The picture below is a Moda charm pack and the jelly roll - which is from a collection called Lottie Da. 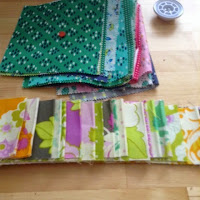 So the first thing I did was to try and work out how the colours went together. Now as its a jelly roll, in theory, its already been done for you, but in practice you don't want to end up with lots of orange in one part and not another. In fact, that's what I ended up with in some places, but better luck next time.

The first stage was to join all the strips together.  Not so easy when you suddenly realise you're sat at a slight angle to the sewing machine and your seams are going for a bit of a wander.

According to the instructions, the strips were then cut into strips.  At this point I started to get a bit confused, but plodded on, sure it would come right in the end.
And it did!

Then you joined them all back together again, but in a different order

It was at this point that I really started to notice some of my joins weren't perfect. 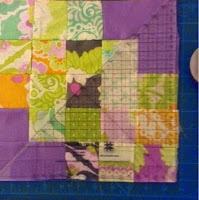 In fact the picture above should have been a perfect square! But you can plainly see that I had to do some tidying up.

Then came the fun bit.  Sat on the settee, with pins, joining all the squares into strips, then joining the strips together to make something that started to resemble a quilt. 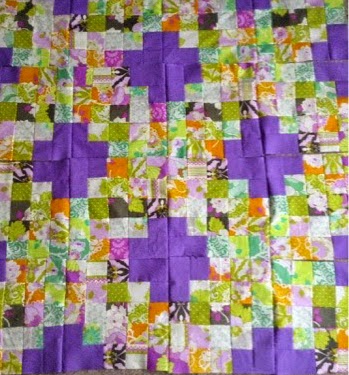 Then I had to actually 'quilt' it.
Easier said than done, as I don't have a free motion foot for my machine, so I'm going to do it by hand.  I took it with me to a hotel in one week, but have hardly touched it since, so this is going to be a bit of an epic. 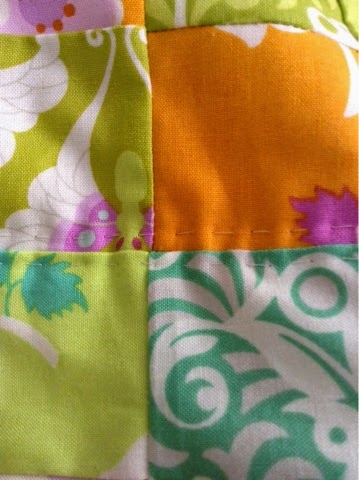 That said, its lovely to work with quality fabric, and there was something really relaxing about sitting in my hotel room sewing, with a cuppa next to me, while the world just passed by below.

The above was typed a month or so ago, and since then I've attempted some machine quilting too, although it did get unpicked a couple of times! But it's easier to cheat with wavy lines. 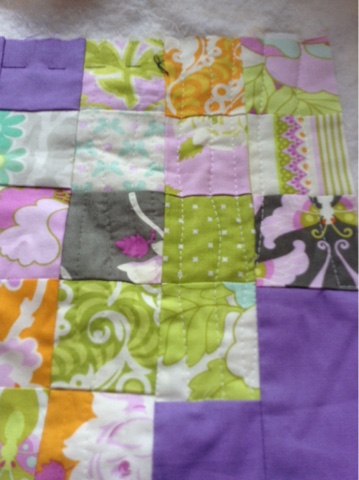 Next step, binding. Wish me luck!

A new month, a new start

New beginnings.  At the end of this month I will be 56. What's important about that? Not a lot, except that 8 weeks ago my son was 28, so I'm now twice his age (ish) which is quite scary. Lots of his friends now have children of their own, and this prompted a conversation about photos.

For my 50th Birthday, my family put together a photo album using the iMac. The words tell more of a story than the photos do! 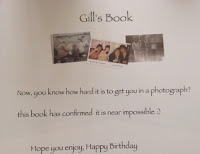 You see, I HATED having my photo taken. Really, really. Now I've heard it said (by some ex friends) that refusing to have your photo taken is just attention seeking. But for me, I don't think it's that. As soon as I see someone with a camera, my first reaction is to get out of the way.


Someone once told me that you just have to learn to stop, smile, pose and move on. But I can't. And then someone asked me a couple of questions...

Why?  What started it?
and crucially 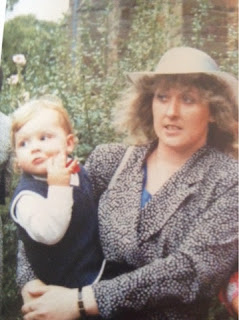 If anything happened to me, would my son have any recent photos? What will I do when he gets married, has children etc. when he graduates, he'll probably want a photo taken with his ever so proud Mum
In answer to the first, I've no idea. I've looked back on photos and you can tell I'm not happy; there's a sort of 'grin and bear it' look on my face.


As I've got older, I've shied away from the camera even more. Now I know that lots of people do the thing where they're behind the camera, but I'm not that interested in photographs. They're just a record of an event. But I've got worse since digital cameras, and posting photos on Social Media.

Of course, putting on weight hasn't helped, so I'm joining the two issues together. And tackling them together.
I took the plunge this morning, and weighed myself. I knew I'd put weight on, as nothing fits. But the reality is that I weigh the same now as before I started Weightwatchers 4 years ago. I am not sharing that number!

But I'm going to try and be more confident around cameras, and maybe, occasionally allow people to take photos. So to start off, here's a photo I took last week in a hotel, somewhere, and another taken a couple of years ago. The only recent photos in existence! 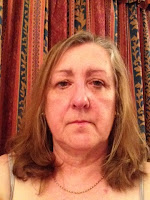 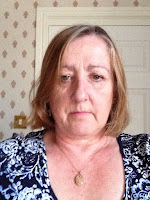