The top is finally done.

Some decisions were made - I decided to stitch by hand.  Two reasons for this, I was watching the tennis, and so it was easier to have it on my lap while the telly was on, and crucially, threading the needle on the machine was beyond me!

My trusty singer isn't much use for dress making, the foot is far too heavy. I've been after a new machine for a while, but resisting the temptation to buy a 'mini' machine, waiting for a decent Toyota to come up on eBay.  I've got a little 'mini' sewing machine which my Mum bought me many, many years ago, and I've only really used it for small craft projects as its basically a toy. 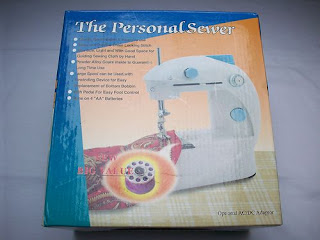 So I tried to use it.  Its small enough to put on the table in front of me, so I took it out of the box. Now it hasn't been used for years, definitely since before Mum passed away, nearly two years ago. It still had thread  in it, bright green!  So first job, thread the needle.  Nope.  Tried using a needle threader, but due to the tiny size of everything, my sausage fingers wouldn't do it.  Took the needle out of the machine and clamped my magnifying glass to the table, still too much like hard work.  I gave up and threaded a normal bog standard needle with basic black thread and off I went. 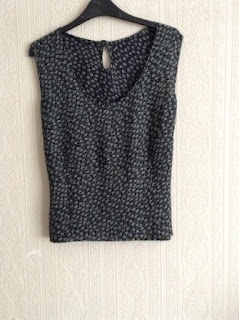 I'm sure I could have done it better, but its the first bit of dressmaking I've done for ages, so not too bad.

Next, I'll use some new material, and make a top using the same pattern.
I've got 2 lots of material
Some lovely crepe, which feels really soft and would make a 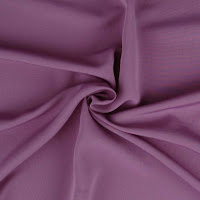 I've also got some heavier material, originally bought for cushion covers for the bedroom, but light enough (in weight) for a skirt maybe (?) 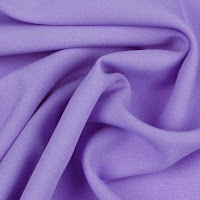